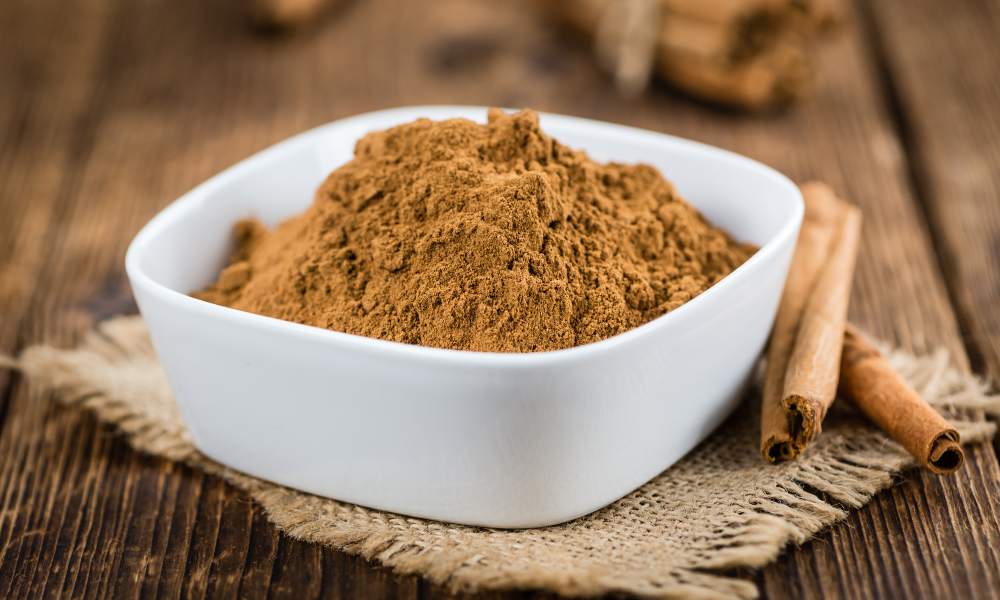 If anyone would make the list of tastiest spices then Cinnamon would definitely top the list. Cinnamon has a sweet flavour and a pungent smell. The warm-sweet taste of this fragrant spice has been delighting our taste buds for centuries. It can be used as a whole spice in the form of sticks or in powdered form. Whole spice can be stored for longer while cinnamon powder aka grounded cinnamon has a stronger flavour. Dalchini powder is an indispensable ingredient of baked food items, chocolates and puddings.

Cinnamon is one of the delicious and healthiest spices. With increased demand, there are many adulterated forms available in the market to deceive customers. To reap full benefits, it is necessary to opt for organic Cinnamon powder.

1. Packed with antioxidants:
Antioxidants protect you from the free radicals which can cause oxidative damage to your body.
This flavourful spice is loaded with antioxidants such as polyphenols. It not only recovers the damage but also defends and fights any such future damage. The polyphenols in the Organic Cinnamon Powder help it to do some magic which is hardly possible by any prescribed medicines.

2. Lowers the risk of heart disease:
Heart disease is one of the major reasons for premature deaths around the globe. Consumption of Organic Cinnamon pulls down the levels of bad cholesterol (LDL) in the body and triglycerides whereas good cholesterol remains stable.

A study conducted in 2003 showed that consuming 1-6 grams of cinnamon powder every day can have a potent anti-diabetic effect on one’s body.

4. Aids in weight loss:
You already know that Organic Cinnamon Powder is packed with healthy antioxidants. Its rich antioxidants profile make it a great choice for shedding some kilos effortlessly.

It flushes out toxins from the body and also removes accumulated cellulite and fat. This entire process keeps the digestive tract healthy and aids in weight loss.

5. Improves oral health:
Oral problems like bad breath and cavities can be very problematic. Antibacterial properties of the Organic Cinnamon Powder are very powerful in fighting accumulated bacteria and plague in the mouth. These properties help in maintaining the problem of tooth decay and issues related to gums. Organic Cinnamon powder replaces foul smell in the mouth with an amazing fresh breath.