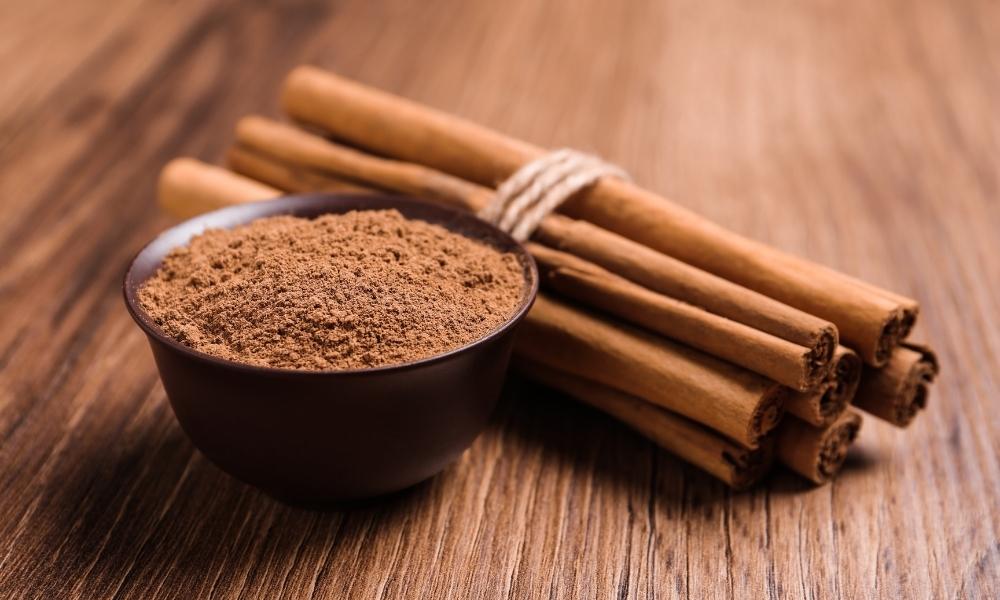 Ever wondered why the smell of cinnamon enters your house even when your kitchen is closed? That's because of the wonderful aroma that you'll experience from this spice. Cinnamon is an earthy yet sweet spice that has been the subject of many tasty recipes for ages. This blog will introduce you to cinnamon powder-- what is it, what benefits it holds, how you should use it, and what goes well with it!

Cinnamon powder is a spice made from grinding dried cinnamon sticks. This powder has a delicious flavour that goes perfectly with sweet and savoury dishes, and it’s a great way to add some extra flavours to your cooking. Cinnamon powder is easy to find in grocery stores and can be blended with many different recipes.

Flavour and taste of cinnamon powder:

India is a land of various flavorous spices but when it comes to cinnamon powder, the flavour and taste are what make this ingredient so versatile. This powder has the warmth of a woody flavour with the touch of sweet notes that can easily delight your sweet tooth. The rich flavour and satisfying taste of the cinnamon powder are highly acclaimed and extensively used in bakery products.

If you are someone who loves trying new things when it comes to food, then you must definitely try the cinnamon powder. This wonderful seasoning can add a whole new dimension of flavour and taste to your food. Trust us, once you have tried it, you will never go back to the plain old salt and pepper!

If you're looking for a new seasoning to try, cinnamon powder is a great option as this powder works in a variety of ways. Not only does it have a wonderful flavour, but it also has several benefits. Here’s the list of a few amazing health benefits of the cinnamon powder that can be super helpful for you:

How to use Cinnamon powder?

Spices and herbs are the star ingredients to make any dish appetizing and flavourful. Some might think that cinnamon powder is only good for baking, the fact is that this spice can be used in a variety of dishes to add flavour and depth. Here are some tips on how to use cinnamon powder to create unique and delicious flavours in your cooking.

If you're looking to add a little more flavour to your food, then you might want to consider using cinnamon powder. But which other spices go well with cinnamon powder?

Conclusion:
Cinnamon powder is a delicious and nutritious spice. In fact, more than a spice, cinnamon powder is a sweet treat. It is one of the best spices to enhance the taste and aroma of your dish with its mere presence. Along with adding the right flavour to your dish it also keeps your sugar levels and blood pressure under check. You can easily purchase readymade cinnamon powder from an online or offline store if you are unable to prepare it at home.

So next time you're looking for a little something extra to add to your recipe, reach for some cinnamon powder - your taste buds and your health will thank you!