Flax Seed - A Medicinal Food Nutrition and Their Benefits 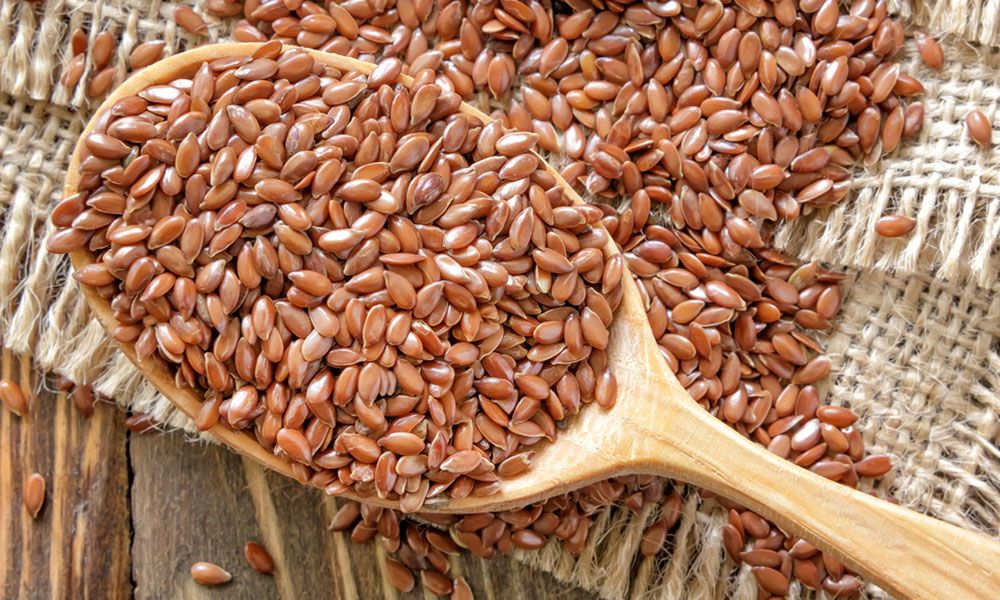 One of the oldest crops, the flax plant- member of genus Linum, was cultivated as early as in 3000 BC in Mesopotamia. While it was originally used as a fibre for clothing, it enjoyed widespread use in ancient Greek cuisine and in Roman medicines. Medically, it was often used as a laxative as well as for controlling coughs and even relieving pain.

In India, flax seeds are also known by the different names like “alsi” in Hindi, “jawas” in Marathi, “akshi” in Kannada, “cheruchana vithu” in Malayalam, “ali vidai” in Tamil and “pesi” Oriya.

Rightly so its a latin name that translates to “very useful”, as every part of the Flax plant is utilized commercially, either directly or after processing it. The total flax plant is approximately 25% seed and 75% stem and leaves.

While the stem yields good quality fibre for clothing, the seeds can be consumed raw or one can use the oil made from it. It can be incorporated in baked foods, milk, juices, cereals, snacks and energy bars. These tear-shaped seeds that have a hard shell which usually is smooth and shiny come in two varieties:

The yellow variety has a very different oil profile and is low in omega-3 fatty acids.

- They have the highest source of polyunsaturated fatty acid, soluble and insoluble fibres, phytoestrogenic lignans, protiens and an array of anti-oxidants. All of them combined in one seed can result in being highly therapeutic compounds.

- Flax Seeds helps to reduce chances of cardiovascular diseases, diabetes, arthritis, autoimmune and neurological disorders. Studies show that there is decreased risk of cancer especially of the mammary and prostate gland on regular consumption.

- Eating Flax seed is also associated with reduced blood pressure in people with hypertension according to a study presented.

People all over the world have been in awe, with all the information that science and research have provided in terms of medicinal and nutritional benefits of Flax seeds.

You can also read this:
Chia Seeds: Health Benefits and Uses
Sunflower seeds : components, uses and more
A List of Super Healthy Seeds You Should Be Eating