Blog Home / Food Products / Why is Mukhwas a tradition in India?

Why is Mukhwas a tradition in India? 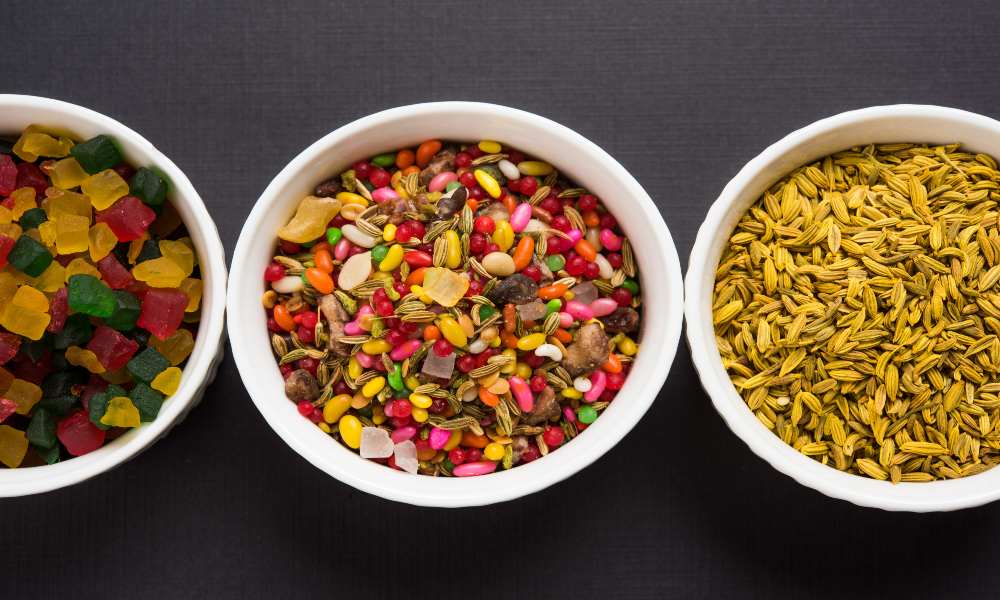 One of the most common food traditions followed in India is our consumption of mukhwas (refreshment) after a big fat lunch or dinner.

Although our tropical country is known for its warm and spicy flavours, we extensively use and adore ingredients with refreshing flavours.

What is a mukhwas?

A mukhwas, commonly known as refreshment is a combination of ingredients consumed as a palate cleanser and freshener. Mukhwas is a Sanskrit word that can be broken down into two terms, ‘mukh’ meaning mouth and ‘was’ meaning smell. Mukhwas is generally meant to clean your mouth and fight the after-meal breath.

There can be thousands of recipes of mukhwas mouth freshener as you can mix and match ingredients as per your preference.

Importance of Mukhwas in India

All the varieties of mukhwas made and found in India are extremely flavourful and colourful.

Our meals being no less than five-course, we need refreshments to clean our mouth and speed up our digestion process.

While some refreshments have a subtle taste, others have a burst of many different flavours. The taste of mukhwas in India swings on a wide range and includes everything from salty to sweet.

Fennel seeds are commonly used in Indian refreshments. Their sweet and earthy taste proves to be a great palate cleanser. In addition to that, they are also good for accelerating the digestion process and prevents any bloating or gas. Other famous ingredients include dried mangoes, sesame seeds, gulkand, sugar balls, jellies, etc.

Even though you can make your version of refreshment at home, most of the country relies on a few recipes that never fail to deliver the taste. Let’s discuss some of the most popular mukhwas that people can’t get enough of.

Sesame Gotli Mukhwas:
This is the perfect refreshment that people love to have after their meals. It surely completes your dining experience.

Alsi Mix Mukhwas:
Alsi mix mukhwas contains flax seeds in it. Along with being a delicious refreshment, it also promotes digestion.

Rajashahi Mukhwas:
Rajashahi mukhwas is for people who love refreshments with a sweet flavour. This mukhwas consists of sugar balls along with fennel seeds.

Maharaja Mix Mukhwas:
Maharaja mix mukhwas offers you a burst of flavours. It has every ingredient that’s known for being a good refreshment. Along with them, it also contains watermelon seeds that are great for health.

Pearls & Saunf Mukhwas:
Pearls & saunf is one of the most classic refreshments found in India. The freshness of fennel seeds and the sweetness of pearls makes this a delicious mukhwas.

Rajwadi Paan Mukhwas:
Rajwadi Pan Mukhwas derives its flavours from the world-famous Calcutta pan. All the ingredients bring their distinct taste to make this mukhwas an all-time favourite.

Salted Gotli:
The main ingredient in this mukhwas is dried mangoes. The sweet and salty flavour of this refreshment will titillate your taste buds and make you crave more.

Summing it up
These flavourful delights are so popular that you can even buy mukhwas online. Indian mukhwas have marked their place in our rich cuisine and they are here to stay. With many different flavours and variations, there is something in store for everyone.