Blog Home / Food Products / 2 Popular Indian Masalas, That Will Be The Most Delicious Addition To Every Dish

2 Popular Indian Masalas, That Will Be The Most Delicious Addition To Every Dish 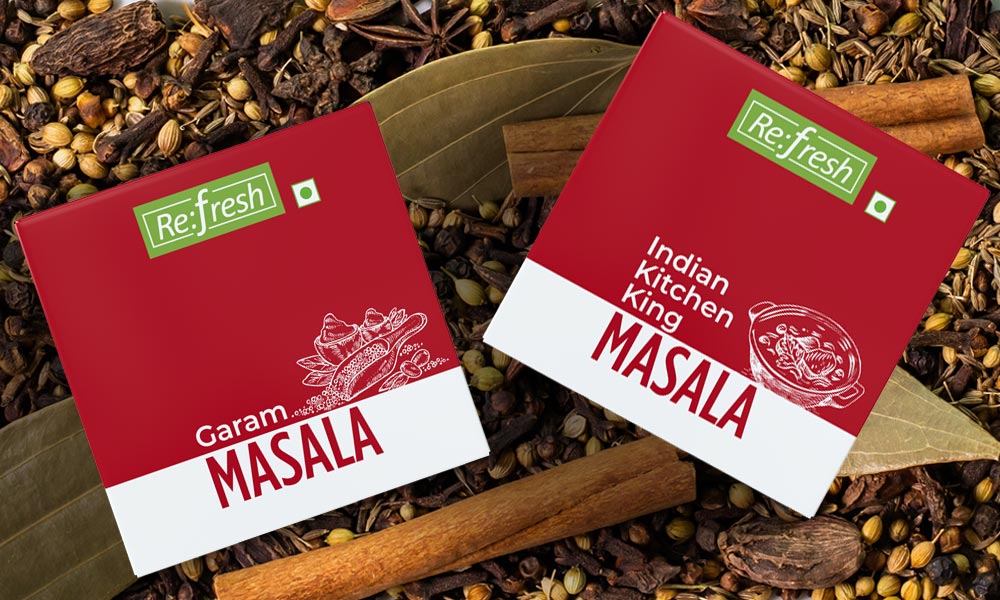 If there is something without which Indian cuisine is incomplete, then it must be a flavourous, aromatic and spicy touch of masalas. There’s no doubt that masalas are an important part of Indian cuisine.

Masalas are spice blends that are particularly used to elevate the taste of the food. There are many different masalas available, each with its own unique flavour. The most common masalas that are frequently used in Indian cooking are Indian kitchen king masala and Garam masala.

While these two spice blends may seem like the same thing, they're actually very different. While both are spicy and flavourful, it's important to be able to distinguish between the two and discuss their differences. This blog will break down what garam masala is, what is in kitchen king masala, and how they differ from one another!

It is used as a standard spice mixture in most Indian curries and stews. It brings authenticity to the dishes and makes them spicy and flavourful. Usage of this unique blend can save the time it takes to make authentic masala while delivering the same great flavour. Garam masala is also a healthy addition to every dish in which it is used.

The Kitchen King Masala and Garam masala both are easily available in any online and offline supermarkets.

What is the difference between garam masala and kitchen king masala?

Garam masala is a very versatile Indian spice. It can be used in a variety of dishes, including curries, stir-fries, and even as a condiment. Here are some ideas for how to use garam masala in your cooking:

Common spices used in both the masalas

Conclusion:
If you're looking for a flavourful addition to your cooking, look no further than garam masala and kitchen king masala. These spice blends are made up of various spices, most notably cumin and cardamom. By mixing these spices together in different ratios, you can create a variety of flavours that will add depth and complexity to your dishes. Experiment with different blends to find what works best for you, and enjoy the many benefits that a little garam masala and kitchen king masala can provide.