The Best Ready-made Masalas To Add Tempting Flavours In Recipes 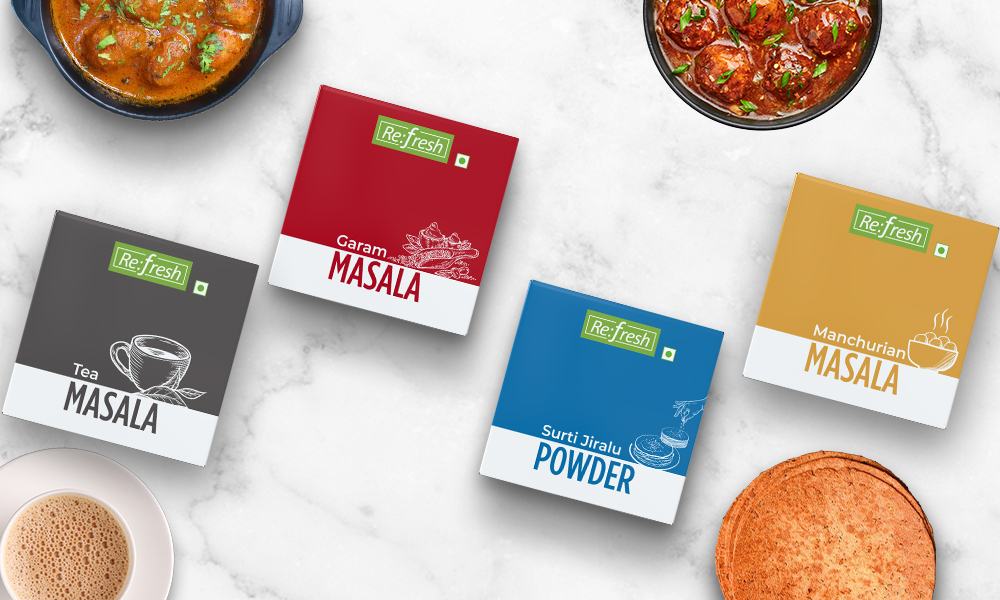 Indian cuisine is a huge part of the world's culinary traditions. There are so many dishes to choose from, each with its own unique blend of spices that make your food delicious and healthy. With the growing popularity of Indian cuisine, more and more people are turning to home cooking, a trend that is only expected to continue. Today it's easier than ever before to cook Indian food at home, all you need is a little masala magic! This blog will guide you on how to make masala spiced meals at home.

Masalas are a type of spice blend used in Indian cuisine. They are made from a variety of spices and herbs.  They are used to give Indian food a distinctive flavour and aroma. They vary in flavour, taste, colour, aroma and sometimes texture.

Therefore, Masalas are a blend of spices that give Indian cuisine its unique flavour profile.

Indian cuisine includes a variety of dishes and each dish has its own distinct taste. There are several types of masalas designed especially for flavouring a certain dish. Here is a list of a few popular Indian dishes and their special masalas.

Apart from masalas used for flavouring specific dishes, there are others that are versatile and can blend perfectly with every recipe in which they are used. Two such common masalas found in Indian kitchen are:

Summing it up
If you're looking for a flavourful and aromatic meal to spice up your life, adding masalas to it is the perfect option. They often help in preparing passionate, colourful and appetizing dishes that are perfect for sharing. The use of masalas isn’t limited to adding flavours but can be used as condiments or dressings.

Ready-made masalas are the easiest way to relish the flavour of restaurant styles dishes at home. Their addition can make tempting dishes in no time and in the most hassle-free way. So, next time you are exploring a chief inside you, don’t forget to give ready-made masalas a try.